Our vision – to be pioneers with substance, courage and freedom to shape our target market. As highly skilled innovators we’ll create irresistible life experiences.

Mission Statement – The more we are told we can’t do it, the more energy we’ll apply to achieve it!

Vint-tro was the brainchild of our CEO, Simon Bennett.

Right from a very young age he has always been a huge car enthusiast, and when he turned just sixteen he got his first job at a local tyre fitting firm called National Tyre Services. This job enabled Simon to meet various companies when fitting tyres to their fleet vehicles, and here it was where his enthusiasm was first spotted by a Transport Manager, Mick Keeble at Allied Bakeries.

Mick invited Simon to join the team as a fuel pump attendant, where he would refuel all the fleet vehicles, as well as maintaining the oil, and water. In those days, if you stuck at this job for two years, you were then invited onto the apprenticeship program, which Simon duly completed as a coach builder / panel beater. He spent seven years at Suffolk college on a one day a week release, plus two evenings, which included the qualification of an HND in transport law.

Simon remained as a panel beater for over 14 years on the “shop floor” and one day when he returned home from work, his newly married wife said there is an interesting position in town at a motor Insurance claims management company, they were looking for panel beating experience, as the position was to review and authorise crash repair estimates. He applied for the position, had the interview, and to his surprise got the job.

Simon really started to excel in an office environment, and again his enthusiasm for cars, and the industry quickly got noticed, which resulted in back to back promotions, all within a five year period.

Holding a senior position as Chief Motor Engineer in a major claims management company, gave Simon much confidence; he soon realised that he had the attributes to run his own company.

In 2004, Simon started a company with his fellow directors, and over a period of nearly eleven years, staff numbers grew from 4 to 130, they had two sites, Ipswich, and Dublin. This success lead to an aquizition by an American corporate, and the company was sold in 2015.

Since then Simon has gone on to own other companies working as Director and MD which thankfully have all been a success, and this experience is what has brought him to Vint-tro

As a particular fan of classic English, and Italian cars, in 2015 he got together with one of his best friends, and they started to push the Vint-tro brand initially as a car club that would meet, and arrange road trips. It was here that the two of them could really see the potential in the brand, particularly as the road trips became more in demand.

Now coming back to Simon and his best friends' love of cars, they decided to register Vint-tro as a company tailored around their passion of cars. To do this they both knew to have a successful company, you have to have great people, people who have enthusiasm, drive, commitment, have a caring attitude towards others, to do things right, ethical, and be professional at all times.

Simon and his best friend then met up with fellow Vint-tro member Jonathan Howard, who had also been involved with owning successful companies and is another massive car enthusiast. Jonathan was then invited to join the team, and together they started to write a business plan for Vint-tro. This process then identified our IT, and marketing requirements. These two positions were then also brought into the fold, and the board was completed, and most importantly not only does Vint-tro have a strong business team, they are all huge vehicle enthusiasts.

The board of directors, shareholders and managers have all brought into the Vint-tro philosophy of being a central hub for services, events, and products for the vehicle enthusiast.

We are creating a go-to place for such services as our niche car Insurance scheme, holidays, tours, events and related products. This environment is designed for you, the car enthusiast, and we’re doing this through cutting edge technology, great people and investment.

Let's see where it takes us ;) 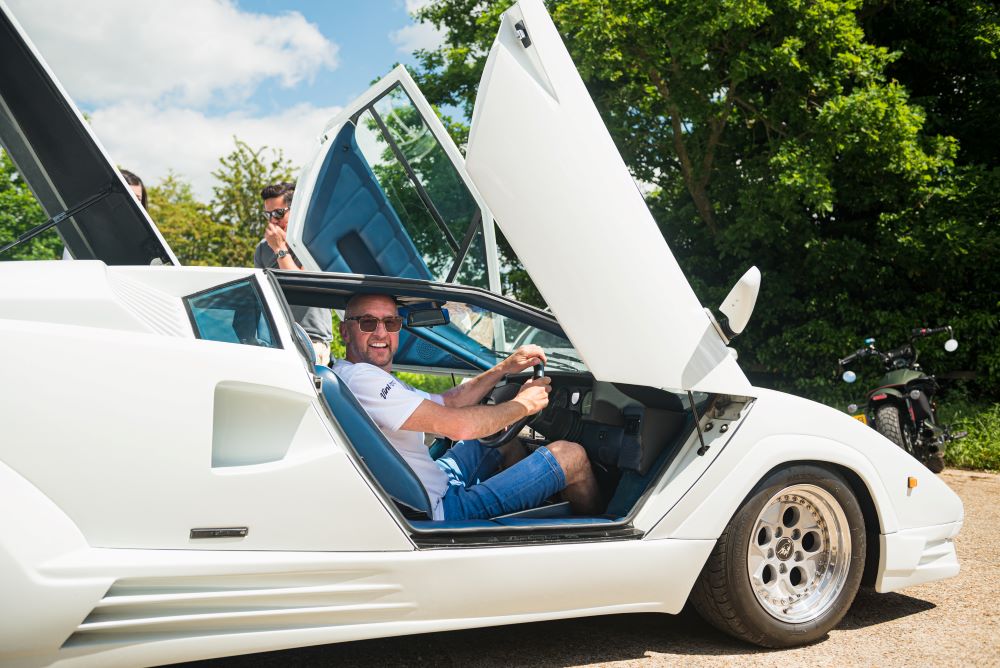