My love for Japanese cars started when I first imported a Nissan S15 from Japan in 2015. I owned the S15 for five years and admittedly it was not the best motoring experience I have witnessed. It was very much a love and hate relationship, in the five years of ownership it was on the road for just two years. 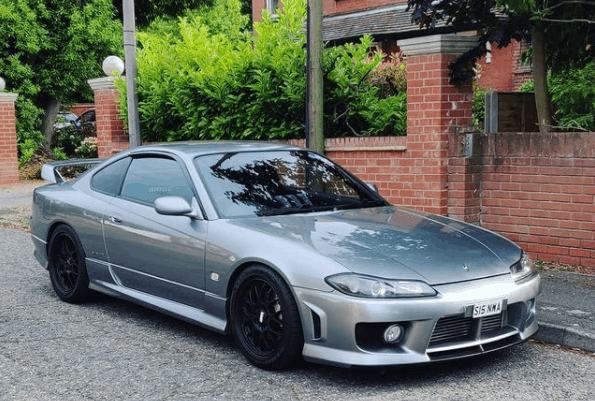 In the two years it was on the road I loved every minute of driving the S15, the sound of the turbo spooling, the occasional drift which was not always my doing and most of all the amount of attention it received from like minded JDM fans.

The constant battle of maintenance and parts, with it continually breaking which eventually took its toll on my mental health and bank balance, so we had to part ways! At the time I wasn’t earning enough money to keep and enjoy the car.

It felt like constant pain, everything that broke on the car was at least four figures to fix. The final nail in the coffin was when it started to white smoke on boost, by this point I had enough. I sold the S15 to a friend who was aware of the issues and has since rebuilt it as a project.

After selling up and parting ways I was very indecisive about what to purchase next. I wanted something fun, cheap to run and reliable.  On impulse I purchased a BMW Mini JCW R56, which was a huge mistake as I had done no research into their common problems. The R56 I purchased was a lemon. It again was plagued with issues such as oil leaks and the regular appearance of the engine management light. I sold the car after just four months of ownership.

I had learnt my lesson on not doing any research, this time I made a short list of 2 cars, the Toyota Chaser or a Honda S2000 AP1. Here is my list of pros and cons for both

After completing my lists, I came to the conclusion that the Honda S2000 was the one to go for. The cons of the chaser brought back memories of the long wait of importing the earlier car, and spending thousands of pounds modifying or fixing it.

The S2000 ticked the boxes most important to me, the first being fun. The S2000 is small, light weight, has a good power to weight ratio and its RWD, which makes it perfect for a B-road blast.

Box number 2 – Parts for the S2000 are cheap and can be sourced in the U.K. Compared to the chaser where you would have to order parts from Japan adding import tax and expensive shipping.

Box number 3 – Reliability is a key factor, I didn’t want too many expensive surprises. The F20c engine is fully forged as standard as is built to be reliable. However there are some common faults to look out for, clutch noise, binding rear calipers and the AP1’s heavy oil consumption in VTEC. None of these issues particularly bothered me as I didn’t see they would cost me too much money to address.

Box number 4 – Modifications, the S2000 is highly modifiable, there are many tuning parts readily available in the U.K. This saves ordering from Japan and having to return any faulty items is a very time consuming process.

So I began my search online for the perfect S2000, after spending hours online I managed to find one very local to me, a member from a local car group was selling his. It was a reputable car, at first I was sceptical as he took it on track days. However in the end I took it as a positive as the car would have been well maintained and looked after. So I gave him a call and went over to view the car. I instantly fell in love with it, the stance, the colour and how straight the body panels were.

The car had great service history, it had the clutch replaced, valve retainers replaced with ones from the AP2, valve clearances checked, rear calipers replaced and the shifter rebuilt. So most of the common faults had already been taken care of which was a huge plus. On the test drive the car handled great through the corners and had great acceleration. I just knew I had to buy the car.

After driving various models and experiencing a few different cars, I am very happy with my choice of the S2000. As mentioned previously my earlier s15 and BMW Mini had a large number of issues whilst the S2000 is a smooth ride in comparison, of which I hope to keep  and enjoy for the foreseeable future.

I’m now six months into my ownership and still loving every minute of it. I have had no unexpected bills, the car has been services twice and I have replaced two tyres. I have used the car as a daily and the occasional B road blast with the roof down.  I will keep you all posted on future plans.