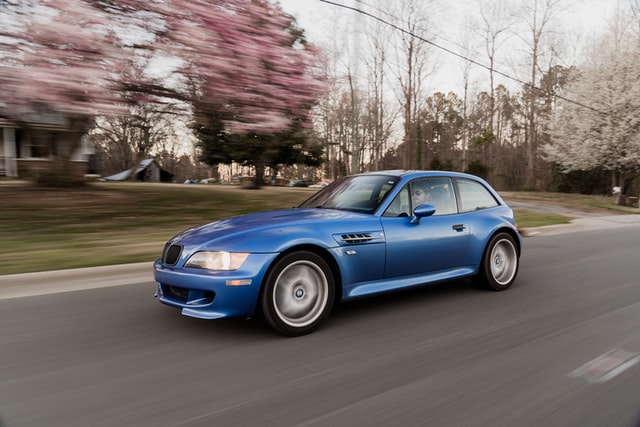 If there is one BMW that really has caught the attention of the classic and retro car market then it has to be the Z3 M Coupe or as some refer to it, “the roller skate”.

With its stylish but aggressive stance the M Coupe bleeds high-performance and due to only two generations having been manufactured, the original E36/8 Z3 Coupe and the second generation E86 Z4 they are becoming increasingly sought after and prices just keep rising.

So what is so special about the E36/8? .. well, for starters, that wide body has beautiful flowing lines, which can only be described as a polishers dream. The front of the car looks sharp with its long bonnet but it’s the rear end with those quadruple exhaust that really has the most appeal, that in itself can sway many people to part with their hard-earned cash.

We can only imagine the BMW design team, under the leadership of engineer Burkhard Gösche purposely fed these little animal steroids making it fat, fast and has a don’t forget me knots attitude!

The M Coupe was produced with a choice of many different exteriors and interior colours, but optional extras offered by BMW were limited. In most instances, a standard configuration was offered for each specific market.

Exterior wise these little pocket rockets were offered in a various choice of colours and if it’s rarity you’re looking for, perhaps the Laguna Blue, Sapphire Black or the very rare Hellrot Red, could be a considered a better investment as those colours were made to order and very few numbers produced.

With looks that sometimes divide opinions it was only time before these thoroughbred BMW’s entered the true “classic car status” this was pretty much a guarantee!

Our research shows that prices have increased by 80-100% in the last 3 years, and it’s now a common occurrence when a well sorted Z3 M coupe become available particularly with full-service history and decent provenance they are often up for a staggering £19,000 – £23,000 pending colour and mileage and soon we feel it won’t be long before they reach their original sale price of £35,845.